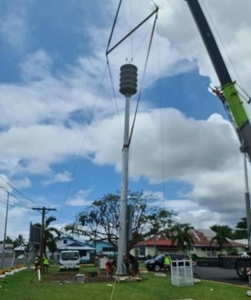 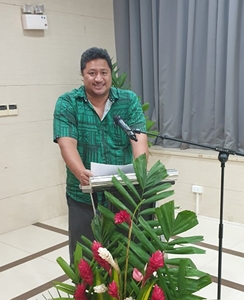 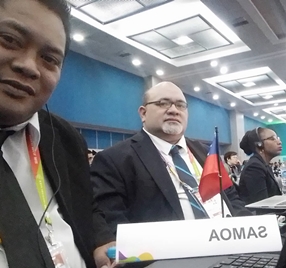 The Pacific Association of Supreme Audit Institutions (PASAI) in partnership with the Office of the Controller and Auditor-General of Samoa, delivered a two-day workshop

on the “Financial oversight and external scrutiny roles of Samoa’s Legislative Committees” at the Samoa Parliament Conference facility.

Twenty of the 24 members of five Parliamentary Committees of Samoa attended the workshop opened by the Honourable Speaker of Parliament, Hon Leaupepe Taimaaiono Toleafoa Faafisi.

The objective was to help them better understand their role in providing financial oversight of public expenditure, as well as better understand the specific role of legislative committees within the processes of Parliament. Fuimaono Papalii C.G. Afele, Controller and AuditorGeneral of Samoa hosted the workshop, and was supported by the PASAI Advocacy Team, Mr Eroni Vatuloka, PASAI Advocate, and Ms Aolele Su’a Aloese, Director of Advocacy, Engagement and Financing in delivering this workshop.